Business-Casual With Christoph Sachsenhausen (ABOUT YOU)

Christoph Sachsenhausen always liked building things. To begin right at the beginning, he started with Lego, got a little older, progressed into software development before founding a marketing and tech startup, CoPay with friends in 2011 after winning a startup competition. Finally he ended up at one of Europe’s fastest growing fashion-ecommerce companies ABOUT YOU where he started building a mobile team and the whole mobile ecosystem. Savant Events spoke to the ABOUT YOU Director of Mobile about life lessons, best in-case-of-emergency e-commerce behaviour and why Hamburg is the best place on the planet.

What’s the most essential thing you’ve learned at ABOUT YOU?

Not just to compare yourself with your direct competition but with other people and companies who are doing really great customer-orientated things. One problem people in e-commerce have is only comparing themselves to other firms in the same industry, but actually you should broaden your spectrum because in many ways they’re years behind companies in other areas. For example, companies like AirBnB, Spotify or Netflix are so far in front of everything happening in e-commerce. Take a look and see what they’re doing! When we develop our apps, we don’t look at our competition, we look at Instagram, for example. How does Instagram create such a great user experience and leverage user retention?

What was the best day of your career so far?

Probably a day during Christmas 2015 where we had a really big marketing campaign — we were having a sale and it exploded far more than we had anticipated. We hosted the sale via the app: customers had to download it and then they got 50% off everything. Then all our servers went down — it was the most stressful day of my whole time here because literally the whole company was trying to handle our failing system and answering our customer support questions, even our CEO was on Facebook the whole time answering customer complaints! But that was the first time that the app for ABOUT YOU was given this much focus. We realized then it was a huge tool and that it would be relevant in the future. We were a small team of 4–5 people in those days and that was the point we realised we were onto something huge.

What do you think is the tech trend that will dominate 2018?

Everybody’s talking about virtual reality and chatbots and I think they’re cool but haven’t seen any really good use cases yet. I see them as ideas that you play around with but for me, they’re not really relevant to everyday work or as leverage points to increase customer retention or conversion rates. The most critical thing we want to do right now is create relevance for our customer by showing them exactly what they want. In the end, this boils down to making really good predictions and recommendations. So that’s like, smart recommendation algorithms, analyzing your data, using every touchpoint in the customer journey that you can to personalize and optimize for this specific customer. Creating relevance with smart algorithms and using your customer data is becoming more important.

If your life was a movie, what genre would it be?

It would be a movie that’s 40% drama, 40% comedy and 20% action. And who would play me? Good question. I would say Keanu Reeves. I don’t really know why but he is the first person that came to mind.

What’s your favourite place in the world?

Hamburg is pretty nice, so maybe here? After all, I chose to live here and I mean, that’s what my life is. My life isn’t happening on a tropical island, that’s bullshit. My life is what I do every day here and this is a cool city, very diverse and pretty. There’s a lot of water, there’s a lot of nature as well here. I like hanging out at the Elbe Beach (at the river).

Hamburg has so many different aspects to it, there’s the alternative run-down side when you go to the kiez, then there’s the posh side with all the millionaires living here. People often say „people from Hamburg are a bit closed off,“ but I wouldn’t say that at all. They can be a bit critical and rational at the beginning, but I really like that.

What’s the one piece of clothing that’s changed your life in some way?

Although I work in fashion e-commerce, I’m not so into clothing. One piece of clothing changed my life — I do martial arts, specifically Brazilian jiu jitsu. And in Brazilian jiu jitsu, you fight in a gi. That’s definitely the most transformational piece of clothing I’ve ever owned and I wear it as much as I can. When I wear it, I feel like I’m entering a different world with different rules, it’s just about having a fighting mentality and physicality. You feel powerful but also vulnerable because if you don’t perform on the mat, you get beaten up.

And finally, what are you most looking forward to about Savant eCommerce Berlin?

Sharing my experiences and of course meeting new interesting people and sharing experiences with them.

Sachsenhausen will be delivering the keynote speech on mobile channels at Savant eCommerce Berlin (1–2 March 2018) where he’ll be explaining how ABOUT YOU created their successful app and explaining how to keep customers engaged. Catch Sachsenhausen — and a whole host of other sharp business minds from the likes of Coca-Cola, John Lewis and Google — there. Buy tickets here. 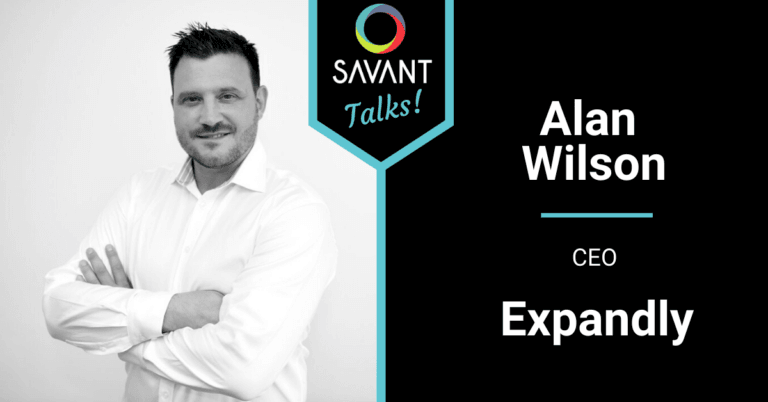 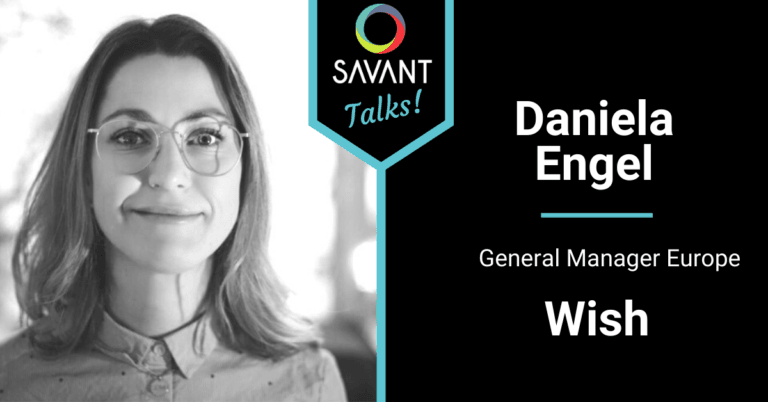